With the third generation leading the lottery retail store, weve been sharing happiness with each of our customers.

We assist different kind of customers. Our customers grow up with us and are part of our existence.

Due to our central location in the city of Barcelona, in the middle of the Las Ramblas de las Flores, we serve a great number of visitors.

Nowadays, Lotería Valdés uses the most modern technologies, offers new services, and meet the needs of our customers.

At Loterías Valdés store we guaranty illusion because ¡more than 100 years are may years of illusions shared! 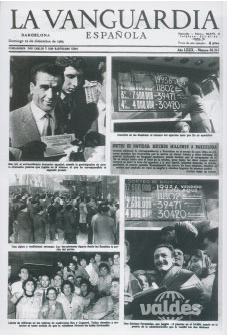 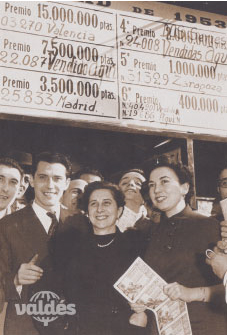 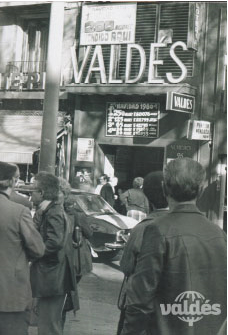 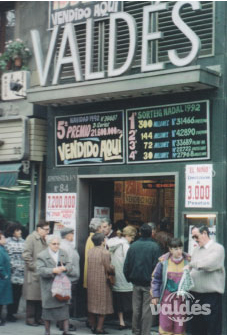 On March 29th 1905, Miquel Valdés recieved from the Ministry of Finance (Dirección General del Tesoro Público del Ministerio de Hacienda de Madrid), the credential authorizing to be founded as a first class Lottery Shop placed at Barcelona named as Lotería Valdés. It was the number 12.

That year the first Christmas Prize (El Gordo) winning lottery ticket issue was sold in a nearby Shop. The next year Lotería Valdés sold the second Christmas Prize issue, the number was 39560. 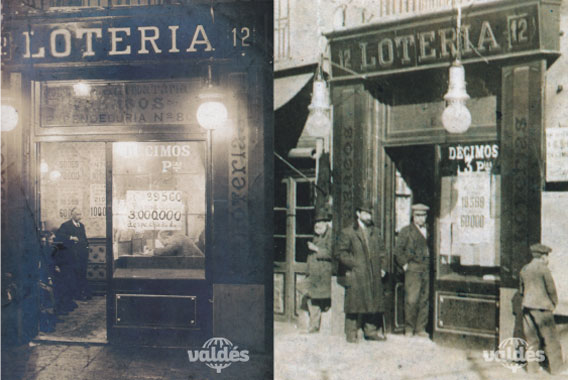 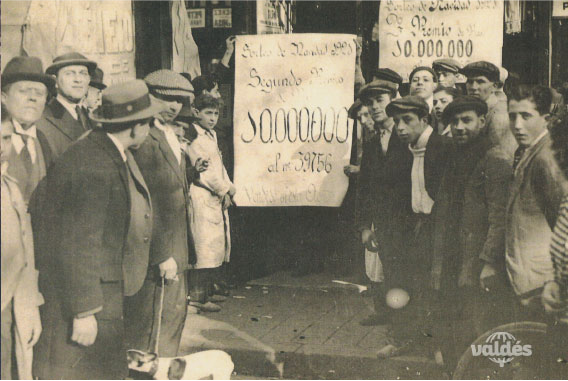 In 1921 the three fisrt Christmas Prizes were all sold at Barcelona.

Lotería Valdés shared out the second issue. The number was 39756.

Some of the lucky people were a railway company workers, a fruit seller, an olive oil seller a coal minerand all the neighbours of the number 8 Duran i Bas street.

It was Christmas 1935. Coinciding with the 30th anniversary of the Shop, Lotería Valdés shared out the first Big Prize of its history.

This lucky number worth 15 million of pesetas (the spanish old currency). 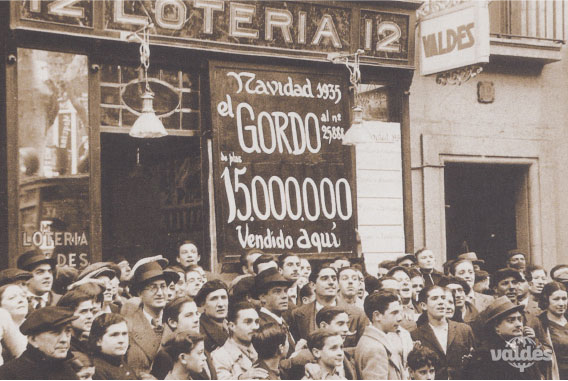 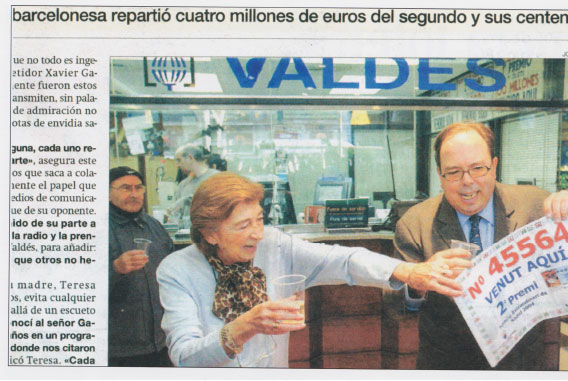 The Lucky Charm of Lotería Valdés

On December 22th 1974 La Vanguardia ( A Barcelona Newspaper) published an interview made to the well-considerated Lucky Charm of the Lotería Valdés Shop: It was Jordi Valdés, belonging to the third generation and who actually leads this family business.

The kid, aged 11 years old, told to the Newspaper that when he appeared in the Lottery Shopthere was a Prize! And that year, of course, Lotería Valdés shared out 15 million of pesetas belonnging to a Big Prize.

The logos of games and lotteries used on this website are the property of the State Lotteries and Bets State Corporation (SELAE). This website only uses them as a mere identification to facilitate the selection and selection of the bettor.

The administration of Loterías Valdés in Barcelona offers you the possibility to buy the online Lottery tenths.